“akippa” is a C2C marketplace where users can reserve available spaces in monthly parking lots and parking lots of private residences and commercial complexes on a 15-minute or daily and parking space owners can also rent out them. As of May 2021, a cumulated total of more than 2.2 million users and 45,000 parking sites have been registered.

bitBiome, Inc. has been busy sequencing genomic data of all microorganisms on the planet at the highest resolution to ‘renovate’ every industry. Using our unique single-cell genome analysis technology, bit-MAP®, we are capable of efficiently acquiring complete genome sequences of microorganisms that were previously impossible with existing technologies. We build a microbial genetic database that surpasses others in both quality and quantity to create an innovative data-driven bio-production platform in collaboration with industrial partners.

Idein is a startup with high technological capabilities for accelerating Deep learning Inference on the Raspberry Pi, an inexpensive general-purpose device. With its technology, Idein has developed Actcast(https://actcast.io/), the edge AI/IoT platform that makes it possible to easily collect and utilize data on a large scale that has been difficult to obtain in the past analysis technology for images, voice, etc.

LUCA Science is a preclinical stage biopharmaceutical company pioneering a new modality of organelle therapy using mitochondria to restore cellular bioenergetics.  Mitochondria are the power plants in our cells that produce energy for our bodies. Dysfunctions in mitochondria from genetic mutation, ischemic reperfusion injury, environmental stress, or aging are associated with a variety of diseases.  Recent research has shown that functional mitochondria can stimulate cell activation and restore normal functions in dysfunctional or damaged tissues and organs.  LUCA Science has developed a novel method to isolate proprietary functional mitochondria which can then be stored and delivered as a biopharmaceutical agent. 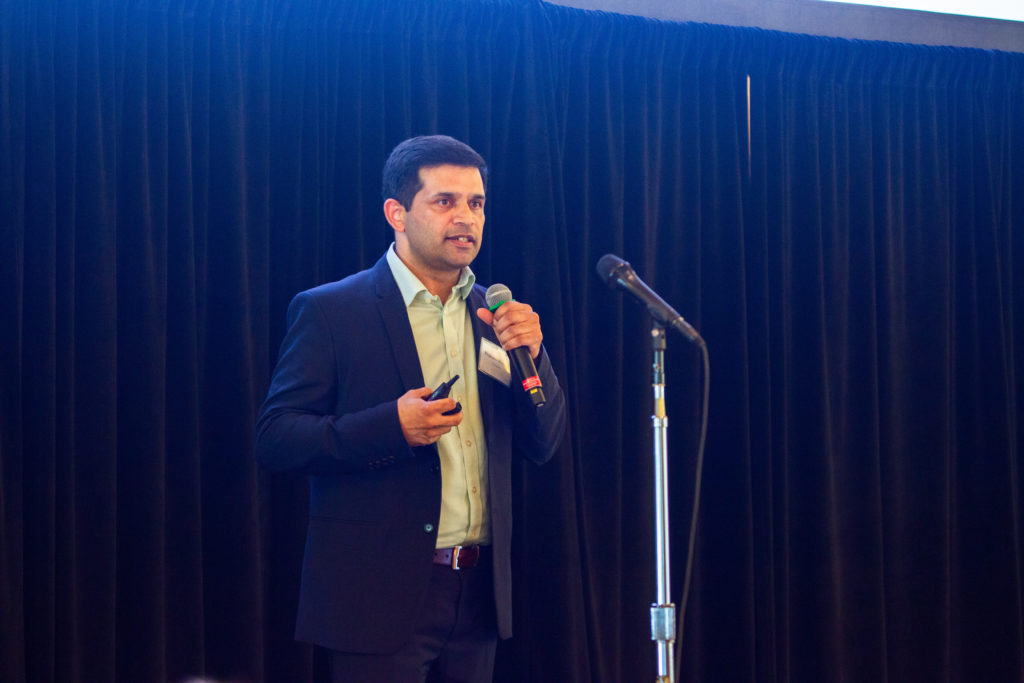 The Japan – U.S. Innovation Awards program will select up to five exciting Japanese start-up companies that are incubating innovations with especially noteworthy potential, but that may not yet be well known in the Silicon Valley or U.S. business communities.  These companies will be recognized as Innovation Showcase Companies.

The Innovation Showcase is a separate and different recognition program than the Emerging Leader Award competition.  The Emerging Leader Award is a competition to select one winning company each from the U.S. and from Japan that have already demonstrated concrete evidence that their innovations are beginning to have a major, transformative impact on a market or industry.  In contrast, the Innovation Showcase recognizes exciting start-up companies at earlier stages of development.  Innovation Showcase Companies are incubating innovations that have the potential to be disruptive or transformational, but the companies need not have already demonstrated significant market success.

The Innovation Awards Steering Committee will select the Innovation Showcase Companies through a separate nomination and evaluation process than the Emerging Leader Award.

Nominations for the Innovation Showcase are invited from the public at large as well as from leading venture focused individuals and organizations in the U.S. and Japan. The Innovation Advisory Council of the Awards Program will continue to play an active role in identifying and recommending likely candidates.  If the nomination comes from the company itself (i.e. from a founder, executive, or other employee), the company must also provide at least one independent letter of recommendation from someone who is not in the management of the company that states why the writer thinks the company’s innovation is particularly noteworthy, potentially disruptive, or transformative.  Possible writers of such an endorsement letter include an investor, outside director, advisor, or someone else (not an employee) who is familiar with the company.